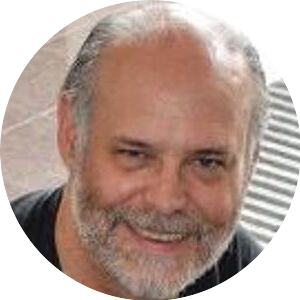 Gary Karp has been a musician for almost his entire life, picking up guitar and learning Peter, Paul & Mary and Bob Dylan songs at the age of eight. He began piano lessons when he was nine, and had the honor of attending the Interlochen International Music Camp in Northern Michigan at the age of twelve. Gary began performing as a soloist in cafes and local concerts in the early 70s around the Detroit area where he grew up, and then in the Northern California Bay Area where he moved in 1984 for his computer graphics career.

He was a presence in the Renewal community there, and had the honor of being backup guitarist with the Chochmat HaLev band led by Brian Schachter-Brooks until he moved to the Desert of the Sun in 2013. His work for the Federal Emergency Management Agency as a disability specialist kept him away for long stretches, but now as a reservist with FEMA, Gary is home more of the time, and able to play his blessed role as principle musician for Ruach Hamidbar.